Term 4 is always an exciting time of year when we recognise and acknowledge the many student achievements in sport at Genesis. I believe it is also an important time for students to reflect on the many people who have had a positive impact on their success whether it be their parents, grandparents or family friends who drive them to their trainings and games; or Genesis staff and club coaches who freely give their time to support, mentor and encourage them. A concept I have been sharing with the students is to be thankful and grateful for the significant adults in their lives and to take the time to thank them personally and to show them their appreciation.

To all families, Genesis staff and club coaches, thank you for all that you do to support our students in their endeavours.

This year, Genesis were fortunate enough to participate in the BOSNL season entering two Year 7 and 8 teams, an Intermediate Year 9/10 team and a Senior team.

The final placings were:

Congratulations to the following girls who were nominated in the BOSNL All Star team. This team in formed by the top 7 girls on MVP points for the season.

A special thank you to Miss Lauren Klingberg (Netball Coordinator), Caitlin Hird, Isabella Russell, Jessica Moy and Jessica Vorster for their dedication and commitment to the students.

Congratulations to all the Netball girls for their achievements! 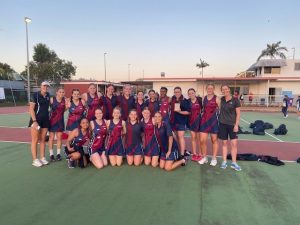 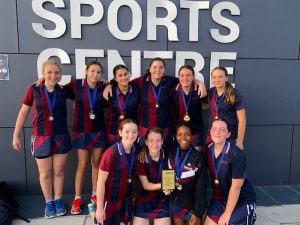 Genesis competed in the BOSL Futsal competition in the Junior Boys, Senior Boys and Senior Girls divisions. Both our Senior Boys and Senior Girls teams made it to the final, where the Senior Girls (coached by Mr Chris Reynolds) won by a convincing 6-1 score line with Amy Vorster being selected into the All BOSL team. The Senior Boys team (coached by Mr Jayden Lee-Smith and comprising of Year 10s) came up against a strong opposition of Year 12s in the final and were runners up in the competition. Well done to all the students for a great year. 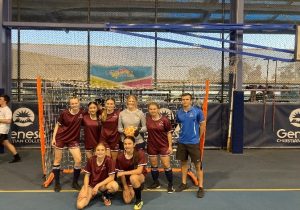 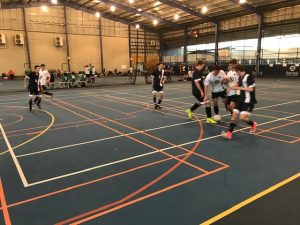 Over the weekend of the 16-18 October, the Girls Junior Volleyball Team competed at the Gold Coast for the Volleyball Queensland Junior Schools Cup.  With 313 teams, it was a huge weekend of competition. The girls played their absolute best and were able to secure a game win and several set victories against some experienced teams while having lots of fun and exuded the Genesis Spirit. A special thank you to Tom Connolly (Volleyball Coordinator), Jade Walters and Kristy Clarkson (Team Managers) and Albert Diloi and Penny Williams (Coaches) 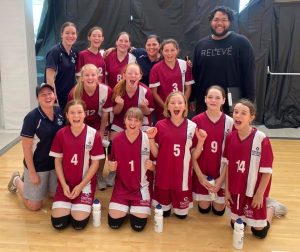 Congratulations to Janelle (Year 8) for her selection into the Met North 13-15 Years Girls Cricket team.

Harrison (Year 8) has achieved some outstanding results this year placing 6th in the State Championships for Cross Country and 3rd place in the 3000 metres at the State Track and Field Championships. Harrison qualified for the Qld team in both sports: however, with COVID restrictions there will be no National Championships this year. Well done to Harrison on these achievements in 2020. 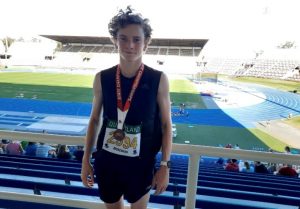