Welcome to the first edition of Sport news for the year. There are many exciting things happening at Genesis in the world of sport. The Middle School Students were blessed to hear from Mr Brendan Keogh, Director of Genesis Sport, at the Leadership Induction Service. Mr Keogh shared his journey as the Australian Paralympics Head Swimming Coach and in his presentation he challenged the students with the concept that there is no “I” in team but instead they have teammates.

As we journey through 2020 in sport as a College and celebrate the many achievements of our talented students, I am encouraged by the concept that as a team – where there is encouragement, support and kindness towards one another – there is unity.

Congratulations to all the students involved with the College carnival and in particular, I would like to pay tribute to the House Captains for their leadership, passion and encouragement displayed towards the students in their Houses.

Well done to Lucy Winn and Riley Bushell who were named as the 2020 Genesis Swimming Captains.

Congratulation to Gilead who had their first win at a Swimming Carnival since 2013! 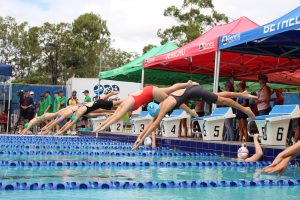 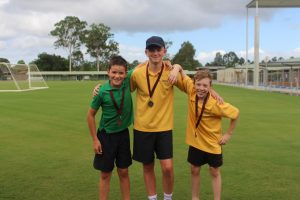 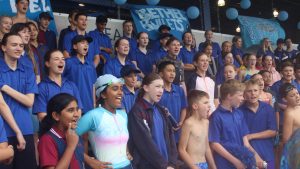 Congratulations to Georgia Fredricks and Kate Collins who made the State Triathlon Team to compete at the SSA National Triathlon Championships on 22-25 March 2020 in Hervey Bay.

Congratulations to the following students who made District Netball Teams:

Congratulations to Charlize Sivyer and Sophie Ditchburn for their selection into the Metropolitan North Netball Team to compete at the State Championships.

Well done to Jenna Clarkson and Alyssa Steyn who made the District U15 Girls Volleyball Team!

One of Genesis Christian College’s past students Elliot Schultz (2017) recently competed in his first tour world race (Cadel Evans Great Ocean Road Race). Elliott led the race in a breakaway group and showed great promise in the cycling world. We wish Elliott every success with his professional career in cycling.

Congratulations to James Tailby (Yr 8) for achieving his black belt in Tae Kwondo. This is a remarkable achievement.

Over the summer break, Josh Wood (Yr 12) competed in his second power-lifting competition (Powerlifting Australia) placing 2nd in his weight class. He has qualified for the Australia National Championships, to be held in Melbourne in May.

Jack Golfin (Yr 11) 11 has been selected in the Moreton Bay United NPL U/16 Football Team, who will be participating in the Saitama International Football Tournament in Japan, to be held from 9-16 March 2020.

Janelle Pais (Yr 8) and Mia Croucamp (Yr 6) represented City Fever who won the Under 13 QLD state championships held at the end of January in Bundaberg. Janelle got 7 wickets in the tournament – one wicket short of the bowling award for the state. Congratulations to Janelle and Mia on this great achievement.